ANS-8A64, an Answer for Your IPSec Application

Nieuw Vennep, Netherlands – 23rd June, 2022--SD-WAN, software-defined wide area network, is a service that we apply SDN technology to wide area network. It is used to connect a wide range of corporate networks, data centers, Internet applications and Cloud services, which aims to help reduce WAN’s operation cost and improve connection flexibility. Nowadays, with the significant network transformation, more and more applications will depend on the Cloud to process data. Which also brings the escalating demands for network security as these data on the Cloud may contain end users’ personal ID, credit card number and other private information.

Intel Atom® C3000 processor series features industry-leading performance per watt, low thermal design power (TDP) and configurable high-speed I/O, which makes it an ideal selection to speed up innovation in networks, storage devices, Internet of Things (IoT) and scalable solutions. Besides, C3000 processor series is equipped with Intel® QuickAssist Technology (Intel® QAT) With this Intel® QAT engine, the works such as IPSec operation, data encryption, decryption and compression can be handled independently and it spares the CPU resource for other critical workloads and eventually optimizes the overall work efficiency and performance.

IPSec protocol works in the third layer of the OSI model and supports two modes, host-to-host mode and tunnel mode, either of which can be used to build a virtual private network (VPN) to increase the security of network transmission. ANS-8A64 series is based on Intel Atom® C3000 processor, which qualifies it reliable network acceleration system for SD-WAN users. During the field test of DPDK and Intel QAT acceleration technology, we use ANS-8A64 as IPSec Gateways and repeatedly test the encryption and decryption performance.

Likewise, according to the test result, the hardware acceleration engine, Intel® QAT, does offer a significant system optimization and effectively better the overall performance in both one-way and two-way testing. 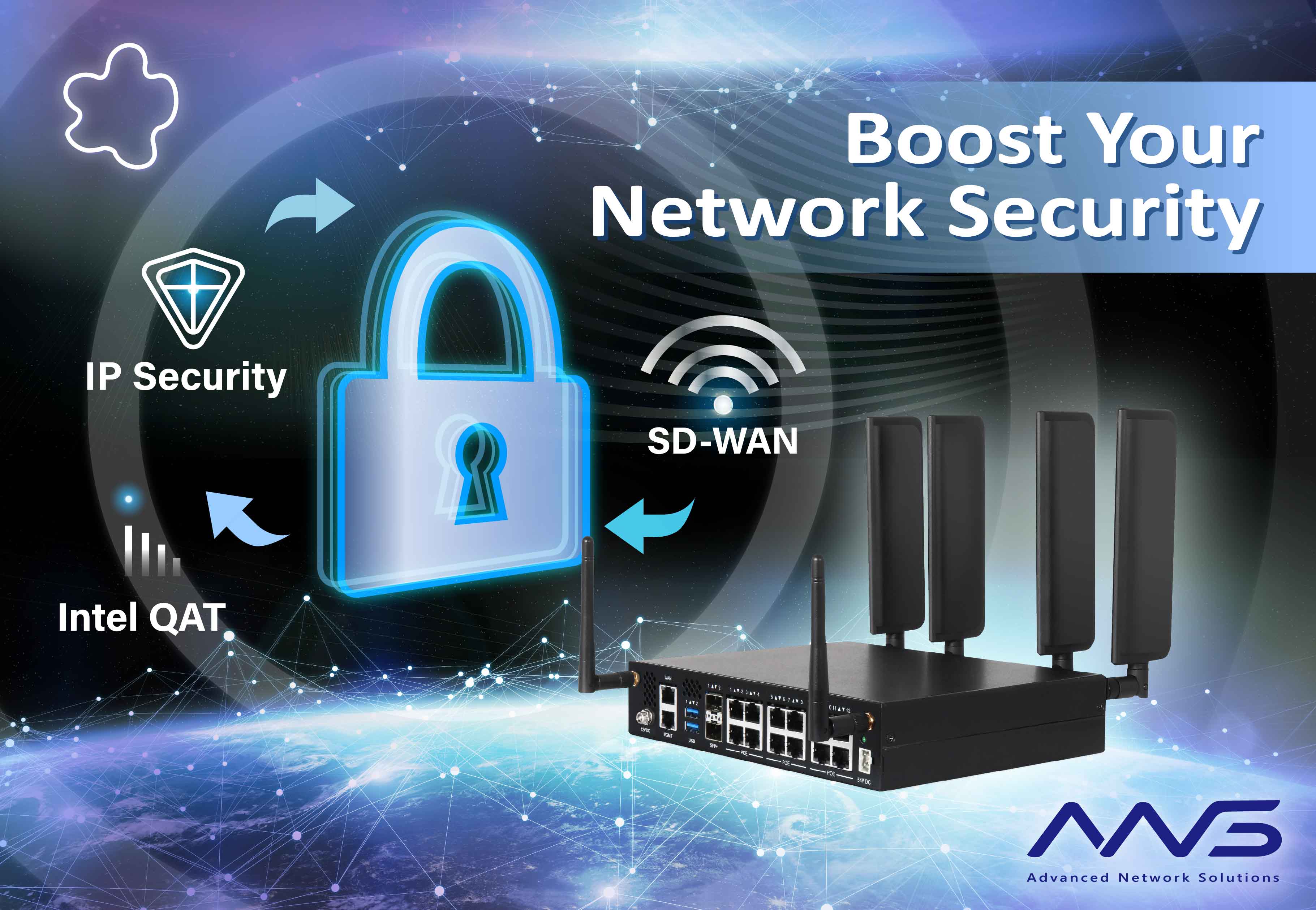 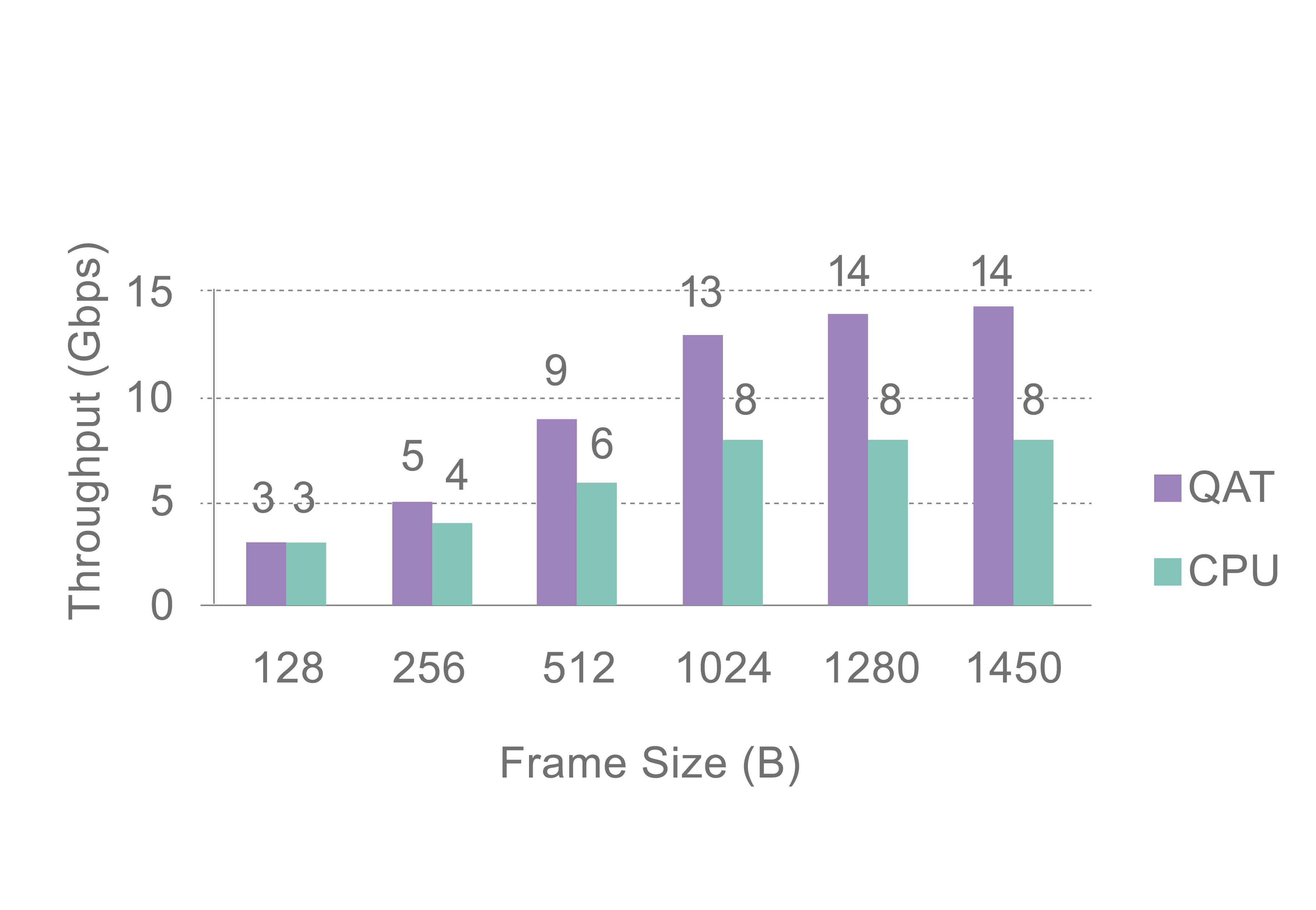 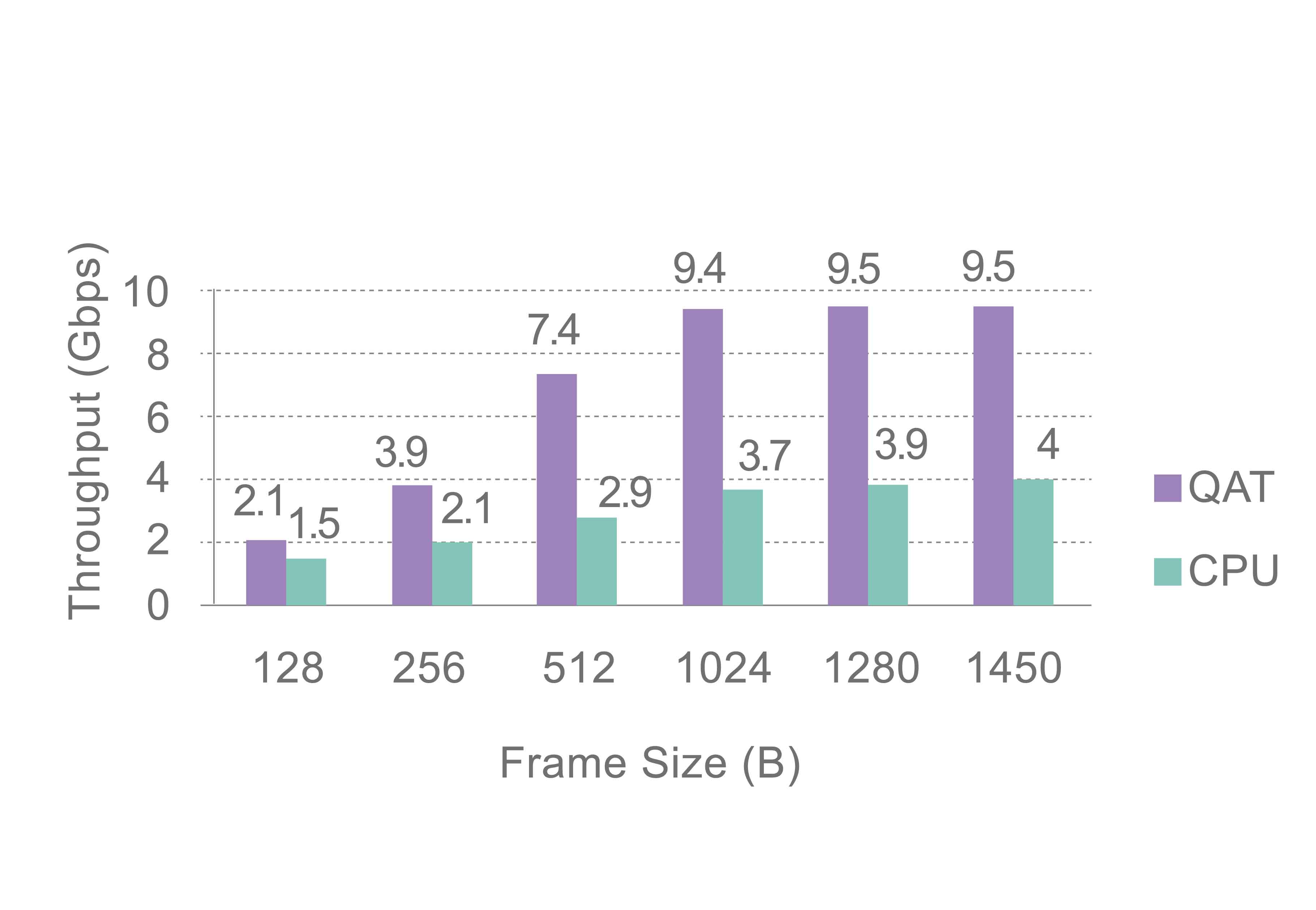 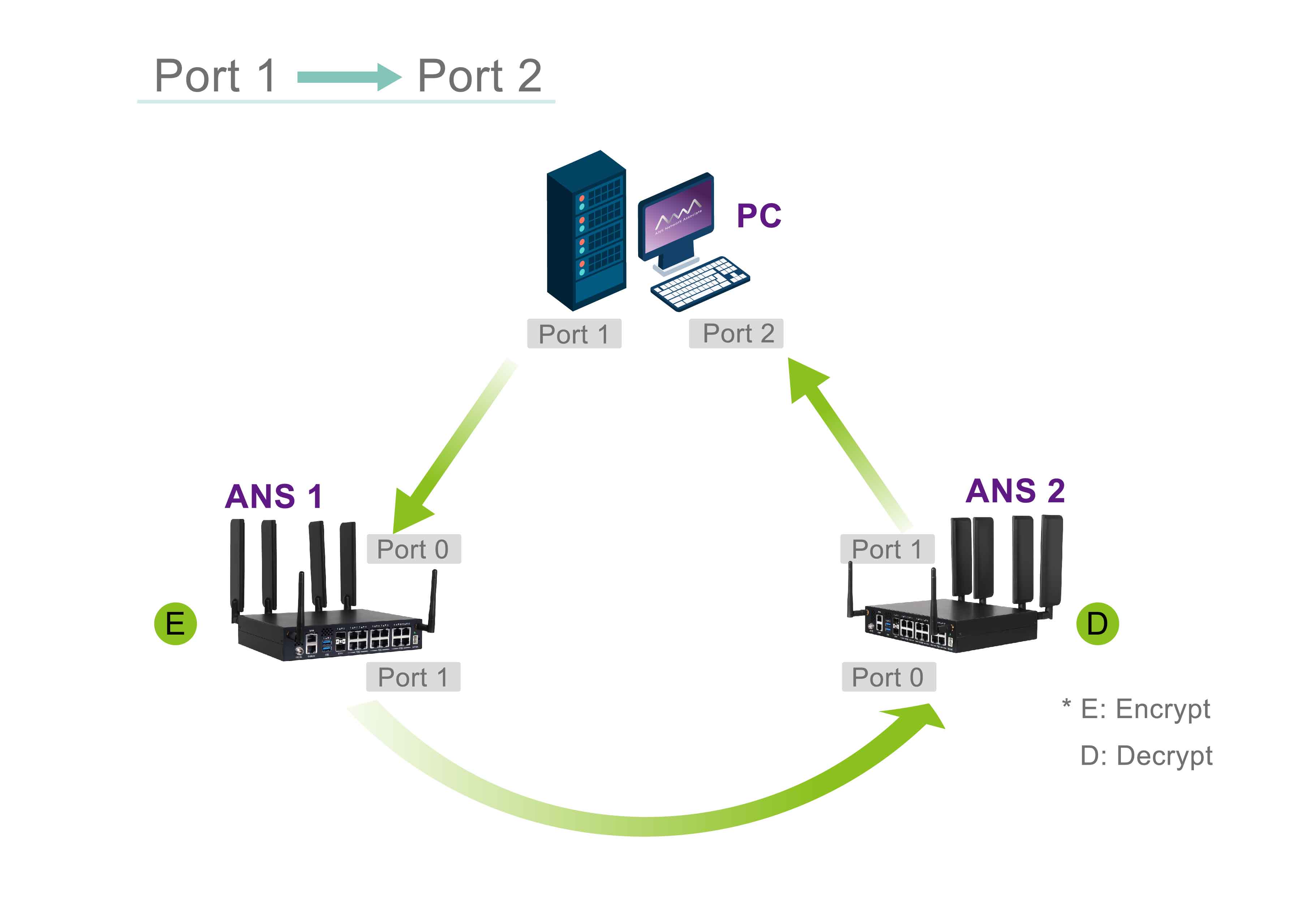 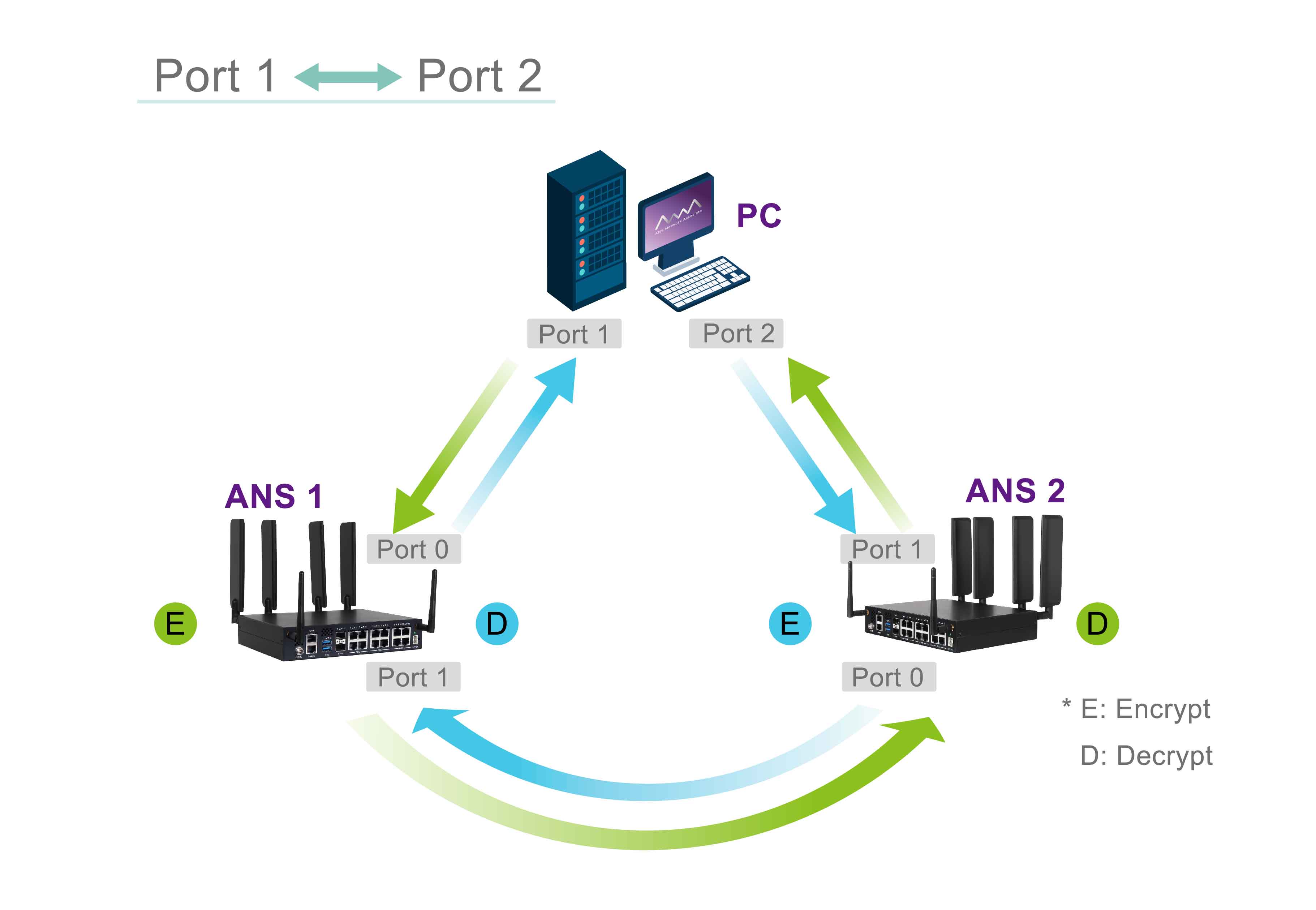